Myths and truths about diving with Nitrox

Surely you have on occasion heard recreational divers comment on the advantages of diving with enriched air NITROX. In this article we will reveal myths and truths about diving with Nitrox.

Some of the advantages or benefits highlighted are more myth than truth about Nitrox diving.

These are some of the half truths either half truths circulating about the use of NITROX in diving.

? ?When you dive with NITROX, you consume less and the dive is longer?

This is absolutely FALSE, it is not even a "half truth", but rather a "complete lie". As we know, air consumption depends on several factors, mainly the depth at which we breathe. Also the handling of the vest, the size of our lungs, etc. Well, none of these factors has to do with the percentage of O2 in the mixture. Our consumption will be the same regardless of whether the percentage of O2 is 21% (air) or greater than this (EANx).

Consequently, if your consumption will not change when diving with air or with EANx, the duration of the dive will not be prolonged by diving with EANx instead of with air. A radically different thing is that when diving with EANx you can extend your stay AT A CERTAIN DEPTH, due to the lower presence of N2 in the EANx mixture and, therefore, less absorption of this gas by your tissues.

? Do you feel less tired when diving with NITROX?

This itself can be described as a "half truth". The reason is that one of the physiological effects of the accumulation of N2 in body tissues is the feeling of tiredness. Well, if we dive with EANx, we will be breathing a mixture that has a lower percentage of N2 than air. So our tissues will be loaded with less of this gas. Which (possibly) gives us a less tired feeling than we would have if we had breathed air, especially when we do repetitive dives.

Here we have yet another myth and truth about Nitrox diving. Diving safety requires strictly following the procedures established by the standards. This applies to both air diving and NITROX diving. The latter has its own security protocols, which are explained in the NITROX course. These must be faithfully followed to always stay in the safe zone. Remember that decompression sickness can occur when diving with EANx if we exceed the no-decompression limits. There is also a risk of narcosis with depth, to which must be added the depth restriction imposed by the toxicity of O2.

If you are not yet a Nitrox diver, you can make your Enriched Air Diver course – Nitrox with us. 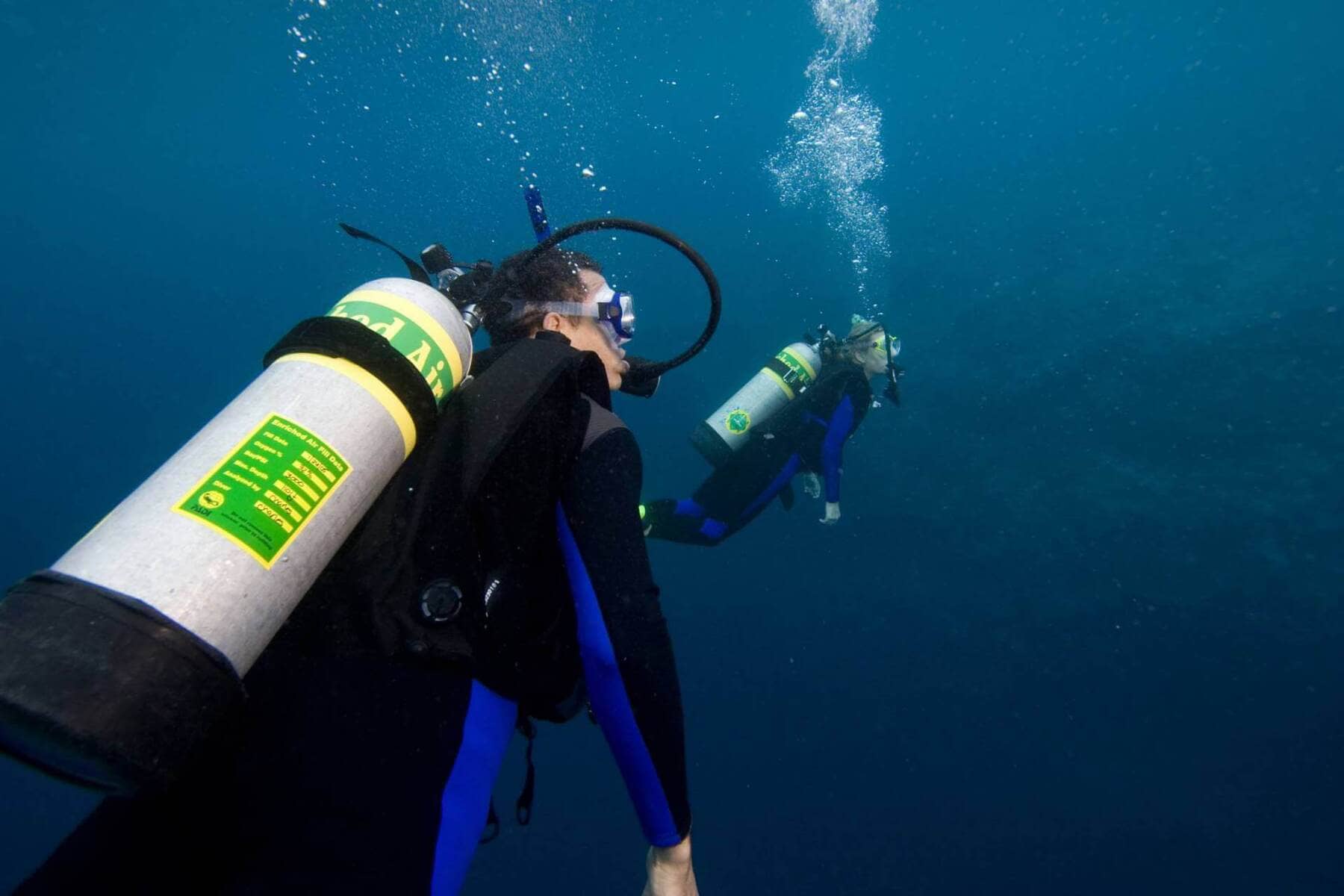 We use cookies on our website to give you the most relevant experience by remembering your preferences and repeat visits. By clicking "Accept All", you agree to the use of ALL cookies. However, you can visit "Cookie Settings" to provide controlled consent.
Cookie settingsaccept all
Manage consent

This website uses cookies to improve your experience while you navigate through the website. Out of these, the cookies that are categorized as necessary are stored on your browser as they are essential for the working of basic functionalities of the website. We also use third-party cookies that help us analyze and understand how you use this website. These cookies will be stored in your browser only with your consent. You also have the option to opt-out of these cookies. But opting out of some of these cookies may affect your browsing experience.
necessary Siempre activado
Necessary cookies are absolutely essential for the website to function properly. These cookies ensure basic functionalities and security features of the website, anonymously.
functional
Functional cookies help to perform certain functionalities like sharing the content of the website on social media platforms, collect feedbacks, and other third-party features.
Performance
Performance cookies are used to understand and analyze the key performance indexes of the website which helps in delivering a better user experience for the visitors.
analytics
Analytical cookies are used to understand how visitors interact with the website. These cookies help provide information on metrics the number of visitors, bounce rate, traffic source, etc.
advertisement
Advertisement cookies are used to provide visitors with relevant ads and marketing campaigns. These cookies track visitors across websites and collect information to provide customized ads.
Others
Other uncategorized cookies are those that are being analyzed and have not been classified into a category as yet.
GUARDAR Y ACEPTAR